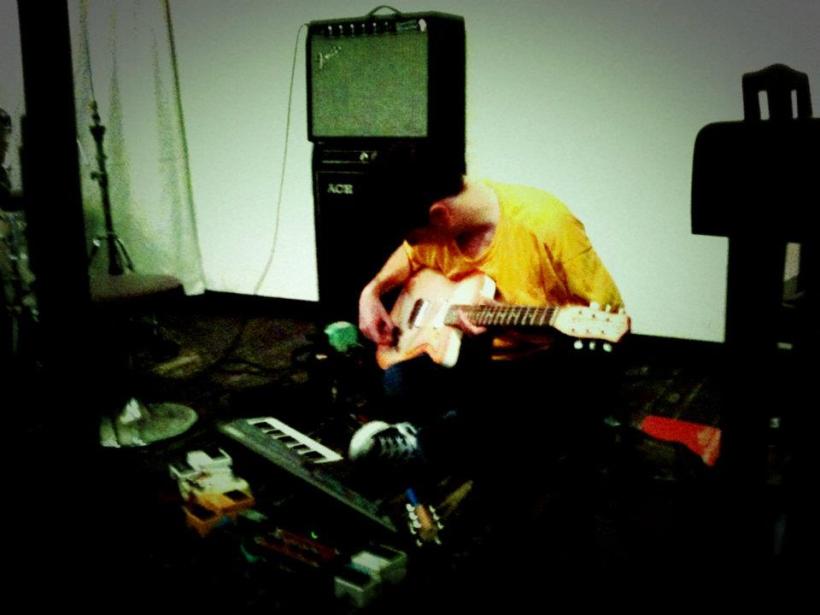 Fighting Kites guitarist Neil Debnam debuted with Audio Antihero under the Broken Shoulder monicker in 2011. The first Broken Shoulder sessions were conceived when he was out of action with a broken shoulder (!)…with his ability to ‘rock out’ temporarily lost, he looked to create an ugly sister to his work with FK, stripping away the bleeping beauty of his day-job to generate this LO-TRON monster.  Mechanical hums and organic rhythms,  a metallic coldness with a heart of gold.


BroSho first offered up the “BROKEN SHOULDERRR” EP to critical acclaim and followed it quickly with the “SPLIT” EP with Fighting Kites, both releases were totally one-of-a-kind in the AAH catalogue and one needs only to listen to “Stille Nacht” or “Shark Island” to hear the clarity in the chaos. He’s a lovely man too. Broken Shoulder has subsequently released several albums/EPs and sessions with numerous other labels on tape, CDR and download…now residing in Tokyo, who knows what he’ll come up with next…

“The effect is hypnotic and the minimal composition somehow turns it into something almost symphonic…It’s the sound of the summer but at a sub-atomic level.” – Right Where You Are Sitting Now

“Has a uniqueness which will push you to your limits.” – Resonance UK

“An inaccessible yet gorgeous record that will catch people off guard.” – Bubblegunked

“Echoing the kind of noise pursued by artists such as Tim Hecker, Chihei Hatakeyama and hollAnd, Debnam’s work sounds loose and improvisational, even chaotic on occasion, with half-fluffed notes confidently taking place alongside deft musicianship.” – Fluid